[HOW TO] Throw the dices

[HOW TO] Throw the dices

When a new topic is opened, in the next msg will appear "throw the dices" plugin, under the textbox. 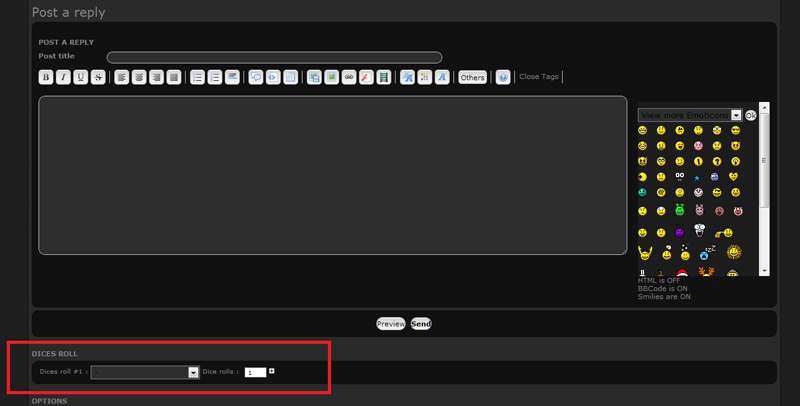 After written in the textbox which colors do u pick(RED or BLUE - with the first post), the opponent team or a referee can throw the dices.
Select the voice "Future Cup | Result" and after your post, will appear an automated admin's msg with a random pick.

So we can determinate who start with the drop/pick system.